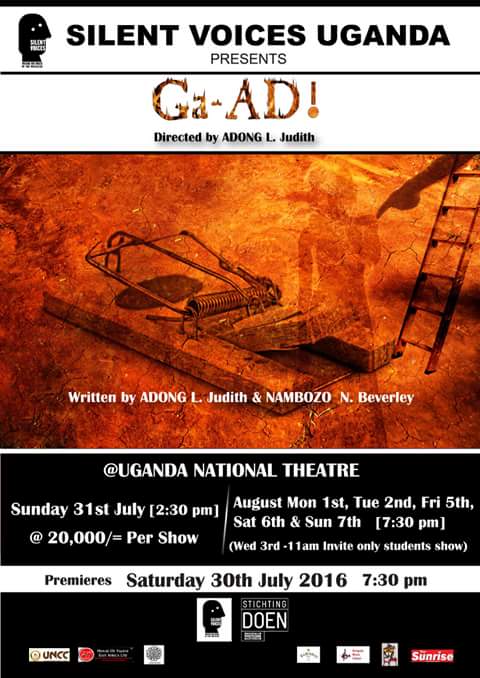 Ever since I was introduced to Theatre through Literature and William Shakespeare; I was so impressed by it I always put it on a pedestal that no production I had seen in Ugandan Theatre of MY time came close to…

A student of Theatre, I watched many productions and participated in a few that somehow felt incomplete because of all the production shortcomings we face in Ugandan Theatere hence pushing me to turn to the next best thing.. Film…

All was fine and dandy with me, my idea of Theatre was always constant, therefore I didn’t bother myself with watching most of the productions that were put up UNTIL I WATCHED GA’AD!!!!! 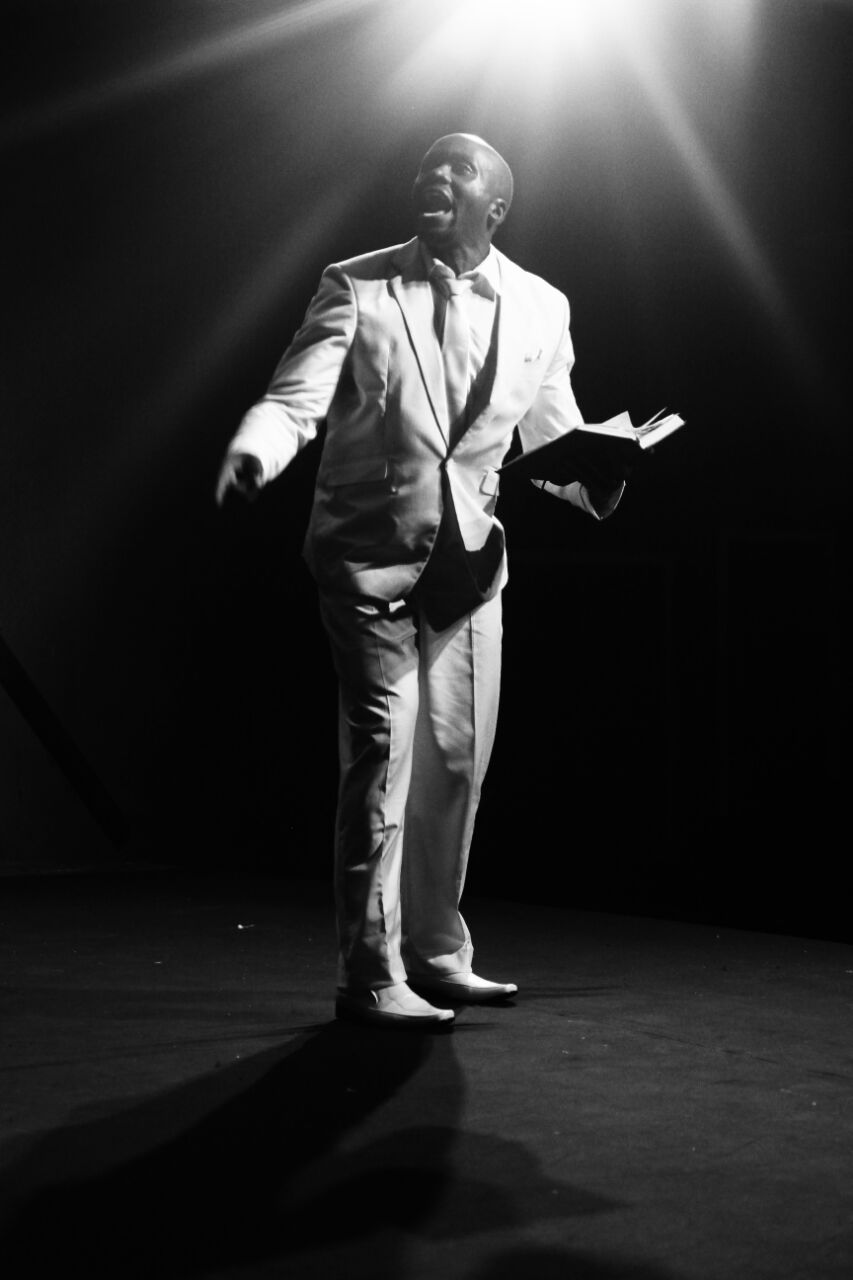 Hardly ever at the National Theatre, a work meeting happened to take me there on Wednesday this week and when I was done with it, I decided to “pop” into the auditorium to watch the show that was talking place whilst I waited for my next meeting…

The Theatre was packed with students and the first thing that caught my eye was the lighting… I hadn’t seen the National Theatre produce this sort of lighting, EVER, and so I decided to pay attention to the show as I had just pulled my phone out to play Candy Crush while I waited.

Seeing this amazingly lit scene and listening to this highly intelligent conversation Faith was having with  God, I couldn’t help but put my phone aside and pay attention! Intrigued and captivated by the narrative style, all I kept thinking was “BRILLIANT! THIS IS ABSOLUTELY BRILLIANT!

Here we have darling faithful servant of God, Faith, talking to Father Almighty about the life that she lived, up there in the clouds, as it is revealed to the audience down here on earth and boy do I tell Yah! 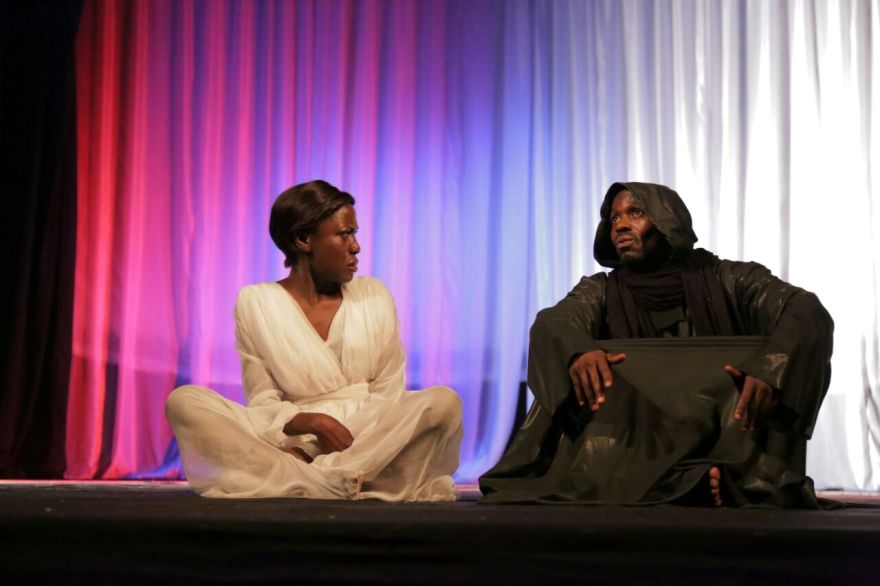 The show kept me at the edge of my seat with actors not only playing multiple characters and nailing it but also doubling as their own set dressers as they would walk on and off stage with furniture and their timing was impeccable! It’s pretty obvious a lot of time and effort was put into the preparation of this play. From the script, to direction to performance, to costumes, set design and execution, I must say I’ve never seen anything quite like it! 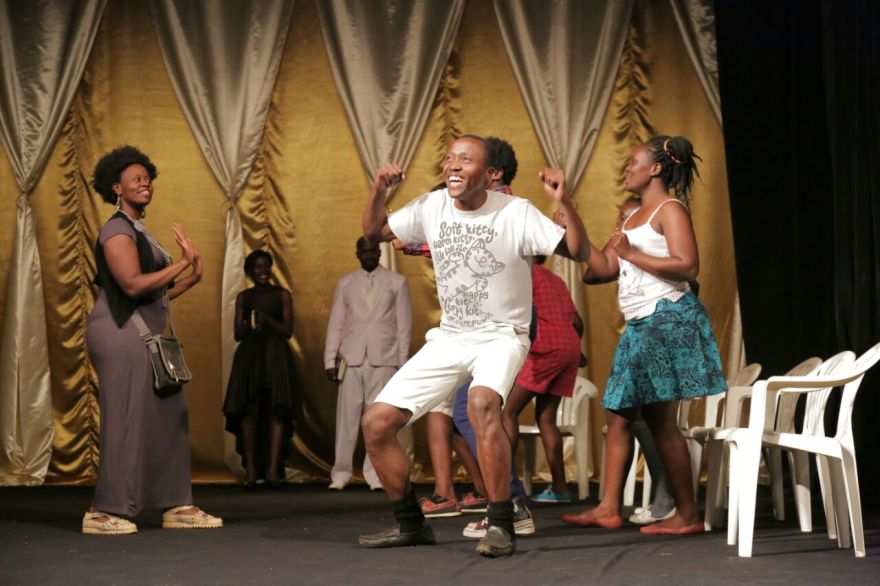 I was absolutely amazed by how eloquent the writer was through the actors, their energy was like a fire that couldn’t be extinguished and the level at which they comprehended their lines was astonishing. The director achieved great heights by playing with costumes and character. The ladies were typically and authentically ugandan and the gentleman were absolutely charming! 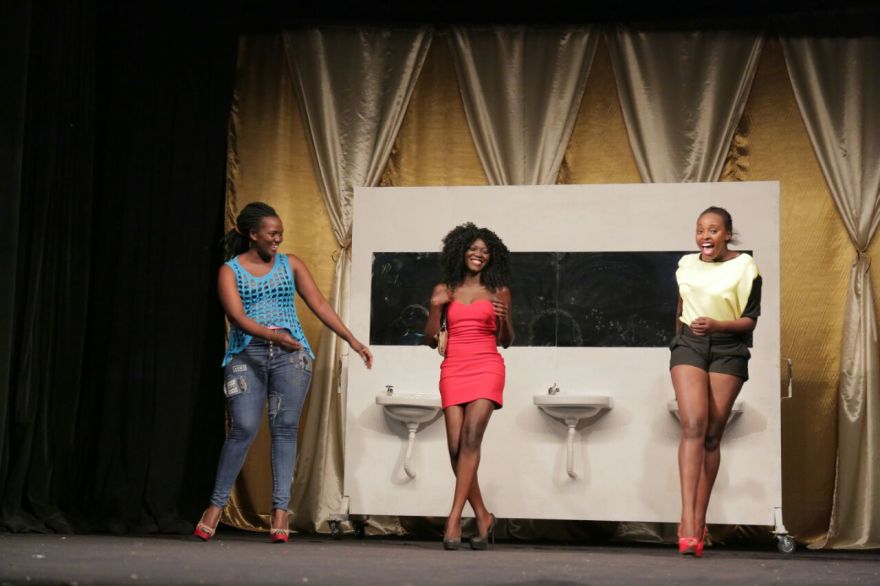 Filled with puns, sarcasm and dripping with satire, the script talks about Uganda’s Pentecostal church and it’s Religious politics. It also talks about marriage, adultery, fornication, to mention but a few. The writer’s dipiction of a congregation looking to God’s representative for approval on matters in their daily lives is quite uncanny. Also we realise that Apostle Jeremiah is put on such a high pedestal, it’s oddly higher than God Himself! 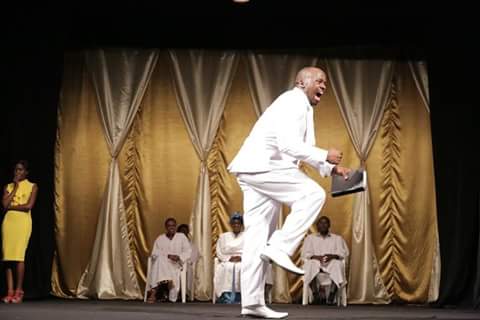 I watched this production with my mind turning over and over at the level of brilliance the whole team executed that I found myself doing something I had never done in a Theatre before!

I got out my note book and pen because I HAD to write  down everything I did not want to forget about this play! The characters, the costumes, the lighting, the writing, the execution, the energy… Everything was absolutely incredible! I had never seen anything quite like it! That being said, I think the writer/director; Adong Lucy Judith out did herself.. But then again, she is absolutely brilliant at what she does so I wouldn’t expect anything besides perfect! 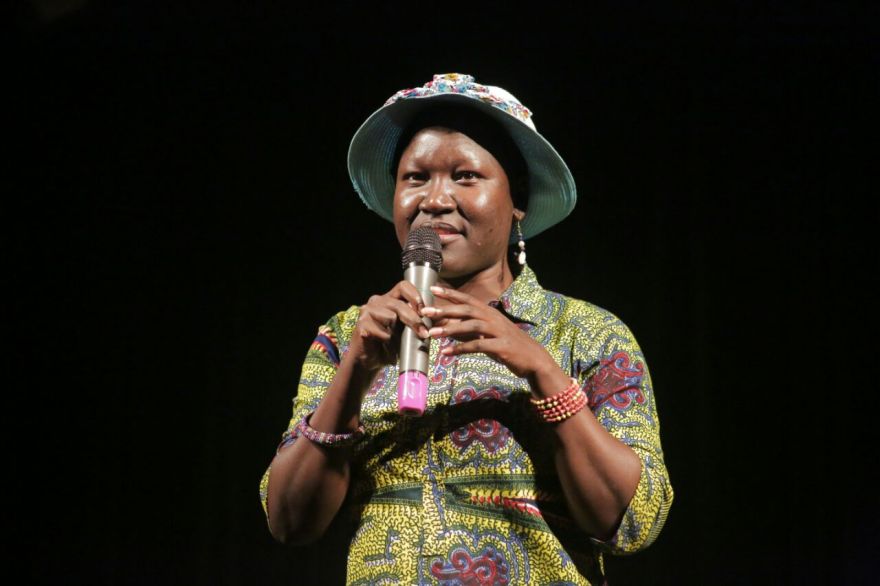 Ga’AD will be showing again today, Saturday 6th August and tomorrow Sunday 7th  at the National Theatre at 7 30 pm. 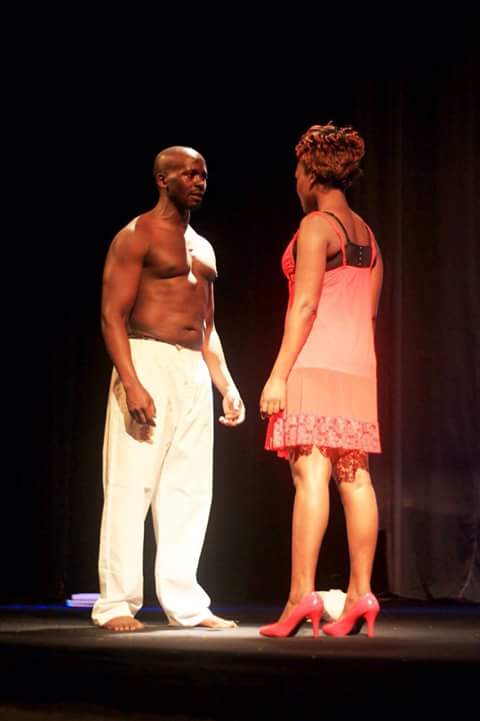 Whether you are a lover of Theatre or not, I encourage you to watch this show because it’s been done by a group of people that understand the power of communication through speech, costume, music, character and therefore present themselves in an entertaining but also intellectually challenging performance. I am definitely going to watch the show again because I just haven’t had enough of apostle Jeremiah, The Vessel of Ga’AD!!!! And neither will you! 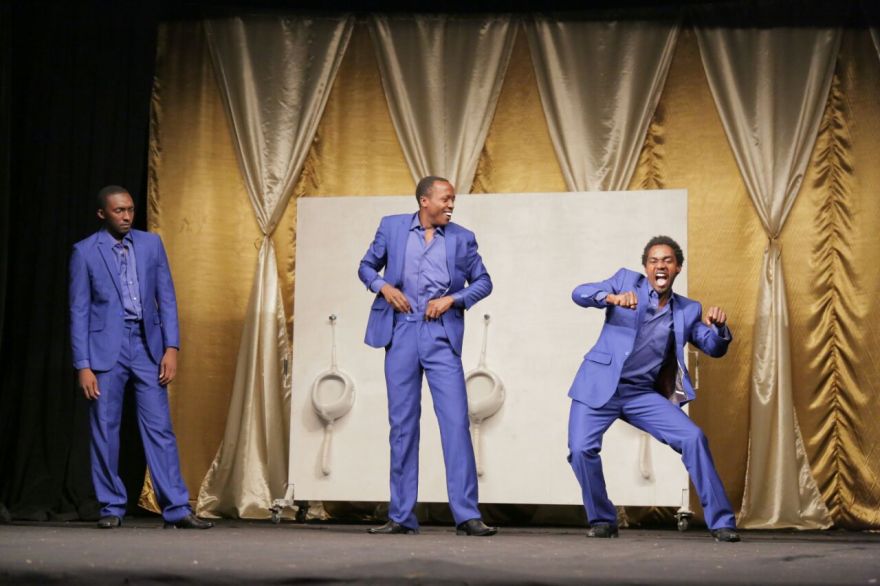 The opinions stated here are my own and mine alone.. I highly appreciate Ms. Adong Judith for putting up such a wonderful production and for starting up the Theatre Production Apprenticeship Program together with Silent Voices Uganda and House of Talent East Africa ltd.. The initiative is a very good opportunity for future Theatre producers and I believe our Theatre productions are going to be bigger and better from now on.. Hats off to you..

May The Force Be With You!